A win for Lee Sedol! 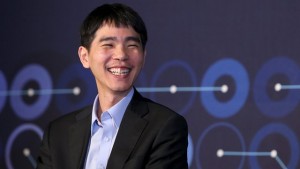 After three consecutive losses, Go Master and many-time world champion, Lee Sedol, finally picked up a win against the Artificial Intelligence program AlphaGo.  On March 13, at move 78, Lee saw an exquisite wedging move that started his turn-around in a game that had seemed heavily tilted in AlphaGo’s favor.  Afterward the win, Lee walked out of the game room to the applause of spectators and reporters from around the world as well as from the Google DeepMind team that designed the software.  “I am glad Mr. Lee won a game”, said Aja Huang, the principal author of AlphaGo, “but there is much room to grow for AlphaGo and the next version will be even stronger and more formidable.  Now I am hungry and need to get something to eat”.

The fifth and final game of the match will be held on March 15.  Live streaming will be done in four languages including English and Korean broadcast on Youtube.