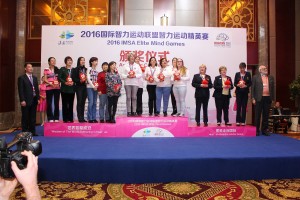 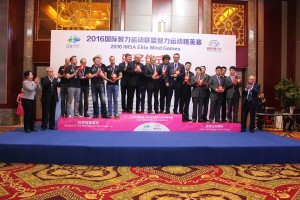 As expected, we were treated to a dazzling exhibition of bridge as the team championships reached their climax on day three of the IMSA Elite Mind Games.

In the Open, World Champions Poland were in devastating form right from the start and they had put the result beyond reasonable doubt after two of the three sessions. That left Sweden as runners-up once again, while China came from behind against Bulgaria to secure the bronze medals.

It was a similar story in the Women’s – final, with France dominating the first two sessions. China fought back in the last set, but had given up too much ground earlier and had to concede the palm to the World Champions.

England just got the better of the Netherlands to secure their place on the podium.

Photos from the Xiangqi Games

Photos from the Chess Games

Photos from the Go Games