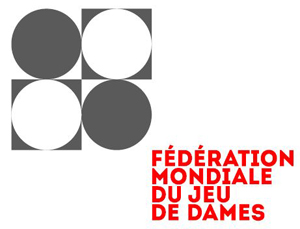 From this early start, the FMJD grew to close to seventy participating national federations it has at present, more than 25% of which are countries in Africa. FMJD is a member of the GAISF. The FMJD membership is part of a more general movement towards integration of mind sports in the regular sports arenas, a development that in the vision of the FMJD is to be lauded.

Draughts is an elimination game where one player tries to capture all the pieces belonging to his or her opponent (or deprive them of moves) on a black and white checkered board with 100 and 64 squares.

A game played all over the world with strong roots in Europe and Asia.

Championships for women were introduced in 1973, for juniors in 1971, cadets in 1988 and girls in 1989.
Team championships started in 1967 for the senior players and in 1987 for the juniors.
Individual European championships, for seniors and youth.
International inter-club competitions.